The Unique Costumes of the 56 Ethnic Groups of China

This guide accompanies the Unique Costumes exhibit at Rosenberg Library. 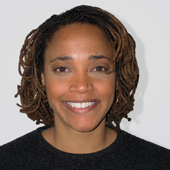 Exhibit: The Unique Costumes of the 56 Ethnic Groups of China

About the word costume:

There are several definitions of the word costume. One is very simple: it is a synonym for attire, clothing, etc. Another definition is "clothing that represents a certain culture or time period."

The word costume is used in the title of this exhibit: the clothing in this exhibit were manufactured to respresent each culture, and were not made by members of that culture. In our context, they serve an educational purpose.

However, the photos from China that are included in the exhibit are all of real people wearing real clothing. It is important to make that distinction.

Even though there are other definitions of costume, there is a general understanding in the US that costumes are something that you wear on Halloween. Regardless of the context, if someone is wearing traditional attire from their culture, you would not refer to it as a costume.

You can and should form your own opinion about whether the word Costume in the title feels appropriate or not. Should the title be something like Unique Attire instead? Would you have a different opinion if clothing from your own culture was being represented in the exhibit?